Wisdom from Elisabeth Elliot: "Let Me Be a Woman" 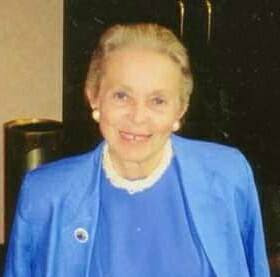 Let Me Be a Woman
by Elisabeth Elliot

"This is what I understand to be the essence of femininity. It means surrender. Think of a bride. She surrenders her independence, her name, her destiny, her will, herself to the bridegroom in marriage. ...

The first woman was made specifically for the first man, a helper, to meet, respond to, surrender to, and complement him. God made her from the man, out of his very bone, and then He brought her to the man. When Adam named Eve, he accepted responsibility to “husband” her—to provide for her, to cherish her, to protect her. These two people together represent the image of God—one of them in a special way the initiator, the other the responder. Neither the one nor the other was adequate alone to bear the divine image.
God put these two in a perfect place and—you know the rest of the story. Eve, in her refusal to accept the will of God, refused her femininity. Adam, in his capitulation to her suggestion, abdicated his masculine responsibility for her. It was the first instance of what we would recognize now as “role reversal.” This defiant disobedience ruined the original pattern and things have been in an awful mess ever since.
But God did not abandon His self-willed creatures. In His inexorable love He demonstrated exactly what He had had in mind by calling Himself a Bridegroom—the Initiator, Protector, Provider, Lover—and Israel His bride, His beloved. He rescued her, called her by name, wooed and won her, grieved when she went whoring after other gods. In the New Testament we find the mystery of marriage again expressing the inexpressible relationship between the Lord and His people, the husband standing for Christ in his headship, the wife standing for the church in her submission. This Spirit-inspired imagery is not to be shuffled about and rearranged according to our whims and preferences.
The Gospel story begins with the Mystery of Charity. A young woman is visited by an angel, given a stunning piece of news about becoming the mother of the Son of God. Unlike Eve, whose response to God was calculating and self-serving, the virgin Mary’s answer holds no hesitation about risks or losses or the interruption of her own plans. It is an utter and unconditional self-giving: “I am the Lord’s servant…. May it be to me as you have said” (Luke 1:38). This is what I understand to be the essence of femininity. It means surrender. Think of a bride. She surrenders her independence, her name, her destiny, her will, herself to the bridegroom in marriage. This is a public ceremony, before God and witnesses. Then, in the marriage chamber, she surrenders her body, her priceless gift of virginity, all that has been hidden. As a mother she makes a new surrender—it is her life for the life of the child. This is most profoundly what women were made for, married or single (and the special vocation of the virgin is to surrender herself for service to her Lord and for the life of the world).

The gentle and quiet spirit of which Peter speaks, calling it “of great worth in God’ sight” (1 Peter 3:4), is the true femininity, which found its epitome in Mary, the willingness to be only a vessel, hidden, unknown, except as Somebody’s mother. This is the true mother-spirit, true maternity, so absent, it seems to me, in all the annals of feminism. “The holier a woman is,” wrote Leon Bloy, “the more she is a woman.”
Femininity receives. It says, “May it be to me as you have said.” It takes what God gives—a special place, a special honor, a special function and glory, different from that of masculinity, meant to be a help. In other words, it is for us women to receive the given as Mary did, not to insist on the not-given, as Eve did.
I would be the last to deny that women are given gifts that they are meant to exercise. But we must not be greedy in insisting on having all of them, in usurping the place of men. We are women, and my plea is Let me be a woman, holy through and through, asking for nothing but what God wants to give me, receiving with both hands and with all my heart whatever that is. No arguments would ever be needed if we all shared the spirit of the “most blessed among women.”
The world looks for happiness through self-assertion. The Christian knows that joy is found in self-abandonment. “It a man will let himself be lost for My sake,” Jesus said, “he will find his true self.” A Christian woman’s true freedom lies on the other side of a very small gate—humble obedience—but that gate leads out into a largeness of life undreamed of by the liberators of the world, to a place where the God-given differentiation between the sexes is not obfuscated but celebrated, where our inequalities are seen as essential to the image of God, for it is in male and female, in male as male and female as female, not as two identical and interchangeable halves, that the image is manifested.
To gloss over these profundities is to deprive women of the central answer to the cry of their hearts, “Who am I?” No one but the Author of the Story can answer that cry.
Source:  Elisabeth Elliot Quotes | Facebook
~~~~~~~~~~~~~~~~~~~~~~~~~~~~~~~~~~~~~
Amen, dear Lord, let this be the cry of your female servants. In Lord Jesus Name I pray.
Email Post
Labels: Feminism Godly Womanhood