Showing posts from August, 2019
Show all

Encouragement for this LORD's Day: 'Set your mind on the things above' 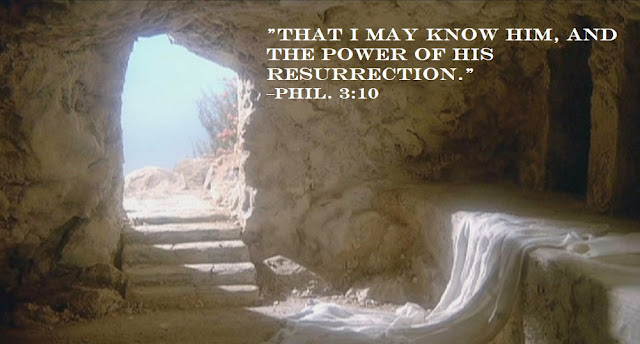 By Bill Hornbeck - Posted at Reformed Doctrine Daily Devotions: God “raised us up with Him, and seated us with Him in the heavenly places in Christ Jesus” – “Set your mind on the things above” Today’s devotion comes from John 20:11-18. “But Mary was standing outside the tomb weeping; and so, as she wept, she stooped and looked into the tomb; and she *saw two angels in white sitting, one at the head and one at the feet, where the body of Jesus had been lying. And they *said to her, “Woman, why are you weeping?” She *said to them, “Because they have taken away my Lord, and I do not know where they have laid Him.” When she had said this, she turned around and *saw Jesus standing there, and did not know that it was Jesus. Jesus *said to her, “Woman, why are you weeping? Whom are you seeking?” Supposing Him to be the gardener, she *said to Him, “Sir, if you have carried Him away, tell me where you have laid Him, and I will take Him away.” Jesus *said to her, “Mary!” She turn
Post a Comment
Read more

Mary Magdalene, Seven Demons and me 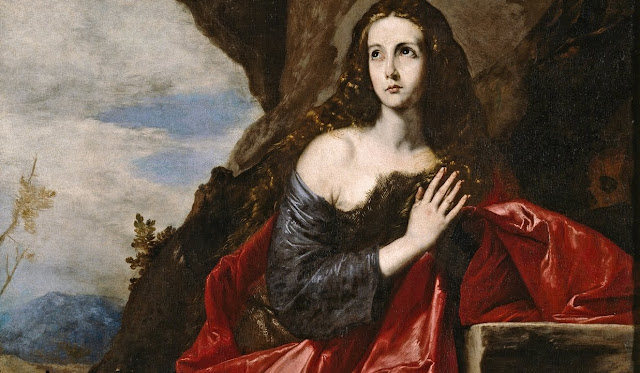 By Angela Wittman And certain women, which had been healed of evil spirits and infirmities, Mary called Magdalene, out of whom went seven devils...Luke 8:2 KJV Yesterday I had a brief discussion on Facebook regarding sin and redemption found in Christ. The conversation got me to thinking about my past and what a wretch I was (and still am) without Christ. Who on earth (or in Heaven) do we, the Lord's redeemed, have except our blessed Savior? Before Christ we were miserable in our sins and too ignorant to know it. We looked for meaning in shallow activities and for love in temporary relationships. Perhaps you were more moral than me, but I was quite the wretch who lived for the things of this world and placed my trust in people, which only broke my heart; and yet, I praise God for every heartbreak because in the end they brought me to my knees with acknowledgement that life wasn't worth living without Him. I really can't express my love for Christ - it runs t
Post a Comment
Read more
More posts