Showing posts from April, 2018
Show all

Dear Friends, In 1994 I was elected to our local school board on an explicitly Christian platform. Our greatest concerns (I'm referring to my Christian friends and supporters) was Goals 2000 (Outcome Based Education), Comprehensive Sex Ed and the general intolerance of Christianity. I served until the spring of 1999 and did not seek re-election due to the lack of support from my husband. Looking back I think he saw the physical toll the constant stress was taking on me. I also remember the ridicule my teenage sons saw directed toward their mother by the head of the local teachers union who was also their biology teacher; I felt a duty to resist the potential wickedness I believed was headed our way if we did not draw a line in the sand against unrighteousness as an administrative body. But I never thought I would be sitting here 19 years later warning Illinois parents that legislation was being proposed that would mandate schools to teach children LGBT history. Here is an
Post a Comment
Read more

The History of Our Future Home 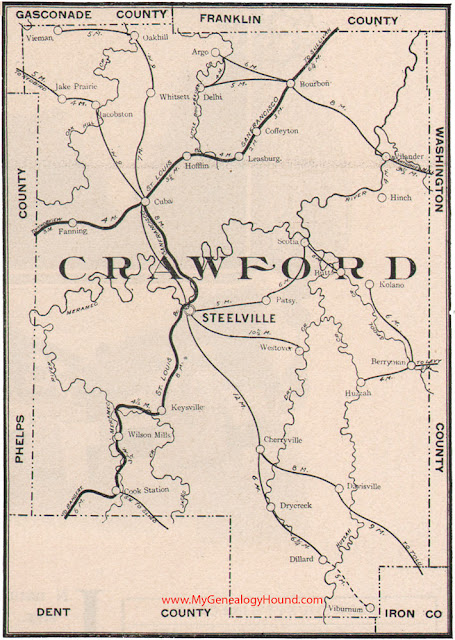 Crawford County, Mo 1904 Map Dear Friends, My husband and I own property in Crawford County, Missouri, where we plan to eventually retire. So, while researching area churches, I came across this history of the founding of Cook Station, Missouri, where our property is located. As most of you know, I love history and this area appears to be rich in it. In future posts I plan to share more nuggets of this area's history and perhaps some photos as well. Please take some time to read and enjoy! Villages of Crawford County, Missouri - COOK STATION  Cook Station had its beginning with the building of the railroad along the Meramec Valley toward Salem in 1872-73. Several years before this Christopher C. Cook and wife had moved from Dent County and settled at the present site of the village.  The Civil War came and Christopher enlisted in the Confederate Army where he served first as a private in Company F. Fifth Missouri Cavalry, and later raised and became captain Of
Post a Comment
Read more 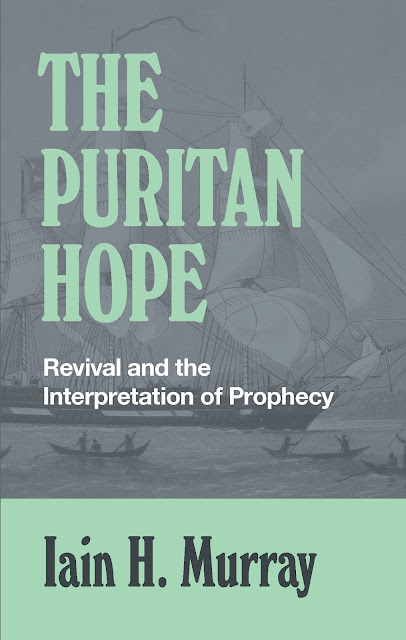 Source: The Banner of Truth "The postmillennialist believes that the millennium is an era (not necessarily a literal thousand years) during which Christ will reign over the earth, not from a literal and earthly throne, but through the gradual increase of the Gospel and its power to change lives. After this gradual Christianization of the world, Christ will return and immediately usher the church into their eternal state after judging the wicked. This is called postmillennialism because, by its view, Christ will return after the millennium." ( Postmillennialism at  Theopedia ) Dear Friends, Years ago I read the book The Puritan Hope by Iain H. Murray  and find myself going back to it every few years for encouragement and a reminder of what I believe the Bible teaches regarding eschatology. Here is the book's description as posted at Banner of Truth : Today the Church’s hope in respect to her mission of discipling all nations is in eclipse. The world gives Christian
Post a Comment
Read more
More posts