Showing posts from November, 2017
Show all

A Judge and the Ten Commandments 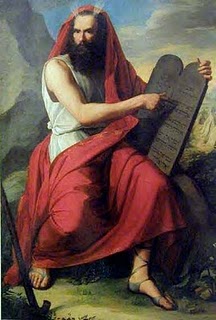 We now face a new moral crisis, a new crisis of conscience, for voters in the United States, specifically, this time voters in the state of Alabama. That's because on December 12 the voters of that state will elect a new United States Senator in a special election made necessary in order to fill the seat that had been vacated by the current Attorney General of the United States Jeff Sessions. - Dr. Albert Mohler - President of Southern Baptist Theological Seminary ( Daily Briefing 11.13.17 ) Dear Friends, There has been much discussion on the Roy Moore US Senate race and recent allegations of sexual impropriety and child sexual abuse made by women who claim to have been teenagers when these events took place. Those of you who follow my blogs know that I once was a supporter of Judge Moore and theonomy in general.  However, I had a change of heart regarding theonomy  several years ago (2013), and now I am no longer a supporter of Judge Moore.  I believe there are c
1 comment
Read more
More posts