Here's One for the Men: Taking a Seat for What is Good and Right

People often talk about standing for righteousness, but here is a story of my father literally taking a seat for what is right and good.

Dad entered the Air Force in March of 1953 at the young age of 17 years. He tells the story of how hard it was for him to find work in his hometown of Poplar Bluff, Missouri, at the time. Prospective employers would tell him that they feared he would be drafted to serve in the Korean War when he turned 18 in July and didn't think it wise to hire him. So, Dad decided to join the Air Force instead of waiting for the draft.

Dad was soon sent to a facility in Texas via a public bus. He remembers finding a seat in the very back and proceeded to relax and catch up on his sleep. Dad remembers crossing into Arkansas where public transportation was segregated at the time. He tells of hearing the bus driver announce that all blacks were to move to the back of the bus. Dad stayed in his seat and the driver singled him out and ordered him to the front of the bus. Well, my father wasn't afraid of a fight, so he stayed in his seat and more or less challenged the driver to physically move him. The driver looked at Dad, thought better of it and decided to leave him alone. He stayed right where he was until they reached his destination.

I'm sharing this story for several reasons: to honor my father and to encourage the younger generation to be courageous and if given the chance, to stand (or sit) for what is right even if it's unpopular and against the law. I often wonder at the impression Dad must have made on fellow passengers and what good fruit was produced that day by his refusal to accommodate an unjust law.

May the good Lord bless my father's memory and encourage others with his example. 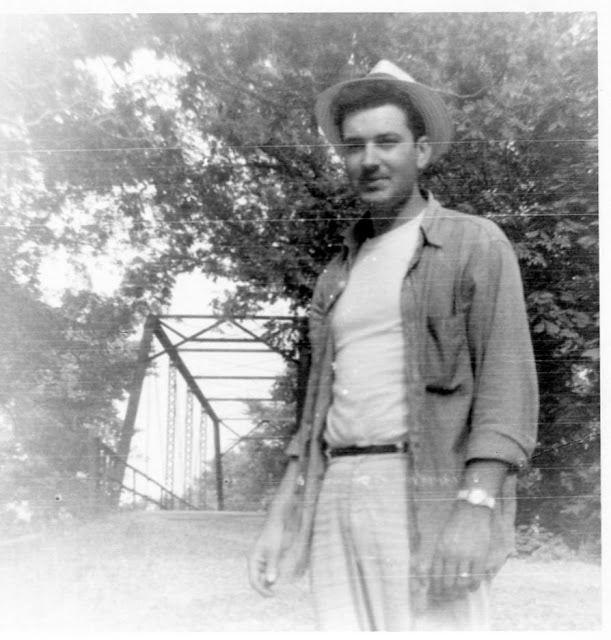