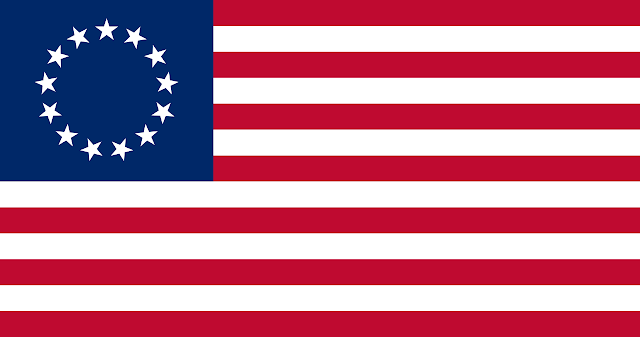 Most of the baby-boomer generation will remember sitting through history and civics classes as children and young adults. It was the norm for us to be taught about our civil duties and the founding of our country - America. We also said the Pledge of Allegiance in school each morning and at night television stations signed off with an image of the American flag and the national anthem playing in the background.

Fast forward to 2019 - we now have a sports figure dictating to a shoe manufacturer what products can and cannot be sold and the manufacturer complying. It's reported that the sneakers were scheduled to be released to correspond with the anniversary of the signing of the American Declaration of Independence (July 4th) and featured the original 13 stars and the 13 red and white alternating stripes that is commonly known as the Betsy Ross flag. That is until Colin Kaepernick, a sports figure and spokesperson for Nike Shoes, found offense with it.  Nike, the shoe manufacturer, then "walked back it's decision" to release the shoes.

What was the offense? Some think the Betsy Ross flag represents white nationalism and slavery.  Yes, really.

So, let's take a little reality check and hope those offended will take note.

During the period of the American War for Independence most of those actually laying their lives on the line for the freedoms of others regardless of creed, race and nationality, were white men. Shock!!! That's who founded this nation - mostly white men and women from Europe.

Now let's take a specific look at the seamstress who is said to have made the first American flag - Betsy Ross:

Betsy was actually raised in the Quaker faith - a group of religious people known to be pacifists and opposed to slavery. Betsy attended a Quaker school as a child, so their values were more than likely instilled in her.

After Betsy married, she and her husband opened an upholstery business - they didn't live on a plantation or have slaves - they were small business owners and Betsy was a working woman.

Her husband joined the militia and was killed in mid January of 1776.  It's reported that in May or June of that year she was sought out by a secret committee of the Continental Congress, (George Washington, Robert Morris, and George Ross) and asked to sew the first flag. (Please note that these men knew Betsy and her husband and were helping a woman recently widowed by providing her with work.)

Friends, this is simple American history. There is no mention of white nationalism and frankly, I think Betsy and the Founding Fathers would be amazed at how our nation has taken a beautiful, moral, patriotic woman's flag and tried to turn it into a symbol of shame.  The shame should be on those who in their ignorance have maligned the name and cause of a good woman.

I pray You will preserve the good names of our nation's Founding Fathers and the women who helped them lay a solid foundation for future generations.

Help people to see that this isn't a race issue, but one of respect, love and freedom. I pray you will open the eyes of those who misunderstand our patriotic symbols and will create a love for this nation within them.

Help them to see that even though people have feet of clay and make mistakes, You have chosen to bless this nation and show mercy to multitudes.

Please forgive us for our many suns - including that of idolatry and prenatal child-killing.

Wash us clean in the blood of the lamb.