In Defense of Others and the Ninth Commandment 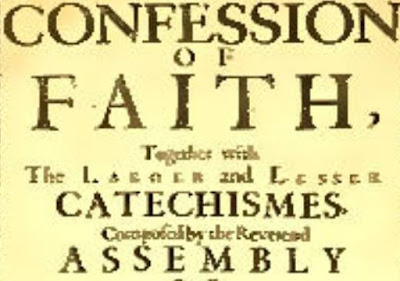 I want to be clear why I defend the good reputations of my friends and fellow believers. I realize that as Christians we will be slandered - this comes with the territory, IMO. For example: When I sold Real Estate, my broker received an anonymous letter stating I was insane, dangerous, a religious fanatic and she would be better off without me working out of her office. (Thankfully, she was a kind soul and didn’t listen to the anonymous author’s advice.)
I'm certain there have been other things said about me down through the years, but I always held my peace and praised the Lord I was counted worthy to suffer for His Name. But when I hear other believers being maligned, I try to rush to their defense and so should you. Here is what the Westminster Larger Catechism teaches regarding bearing false witness:

Q. 144. What are the duties required in the ninth commandment?
A. The duties required in the ninth commandment are, the preserving and promoting of truth between man and man,[840] and the good name of our neighbour, as well as our own;[841] appearing and standing for the truth;[842] and from the heart,[843] sincerely,[844] freely,[845] clearly,[846] and fully,[847] speaking the truth, and only the truth, in matters of judgment and justice,[848] and in all other things whatsoever;[849] a charitable esteem of our neighbours;[850] loving, desiring, and rejoicing in their good name;[851] sorrowing for,[852] and covering of their infirmities;[853] freely acknowledging of their gifts and graces,[854] defending their innocency;[855] a ready receiving of a good report,[856] and unwillingness to admit of an evil report,[857] concerning them; discouraging tale-bearers,[858] flatterers,[859] and slanderers;[860] love and care of our own good name, and defending it when need requireth;[861] keeping of lawful promises;[862] studying and practicing of whatsoever things are true, honest, lovely, and of good report.[863]

Q. 145. What are the sins forbidden in the ninth commandment?
A. The sins forbidden in the ninth commandment are, all prejudicing the truth, and the good name of our neighbours, as well as our own,[864] especially in public judicature;[865] giving false evidence,[866] suborning false witnesses,[867] wittingly appearing and pleading for an evil cause, outfacing and overbearing the truth;[868] passing unjust sentence,[869] calling evil good, and good evil; rewarding the wicked according to the work of the righteous, and the righteous according to the work of the wicked;[870] forgery,[871] concealing the truth, undue silence in a just cause,[872] and holding our peace when iniquity calleth for either a reproof from ourselves,[873] or complaint to others;[874] speaking the truth unseasonably,[875] or maliciously to a wrong end,[876] or perverting it to a wrong meaning,[877] or in doubtful and equivocal expressions, to the prejudice of truth or justice;[878] speaking untruth,[879] lying,[880] slandering,[881] backbiting,[882] detracting, tale bearing,[883] whispering,[884] scoffing,[885] reviling,[886] rash,[887] harsh,[888] and partial censuring;[889] misconstructing intentions, words, and actions;[890] flattering,[891] vain-glorious boasting;[892] thinking or speaking too highly or too meanly of ourselves or others;[893] denying the gifts and graces of God;[894] aggravating smaller faults;[895] hiding, excusing, or extenuating of sins, when called to a free confession;[896] unnecessary discovering of infirmities;[897] raising false rumors,[898] receiving and countenancing evil reports,[899] and stopping our ears against just defense;[900] evil suspicion;[901] envying or grieving at the deserved credit of any,[902] endeavoring or desiring to impair it,[903] rejoicing in their disgrace and infamy;[904] scornful contempt,[905] fond admiration;[906] breach of lawful promises;[907] neglecting such things as are of good report,[908] and practicing, or not avoiding ourselves, or not hindering what we can in others, such things as procure an ill name.[909]

As one who often publishes reports of pastors and other evangelical leaders who have gone astray or abused the flock, I try to be careful to remain objective when reporting the story or sharing articles. If one knows of a religious leader abusing the flock or turning a blind eye to it, we're also being slanderous to the victim or victims if we don't speak out or report what has happened to them. Plus, we have a responsibility to expose evil and warn others of any potential harm.

I often see Christians run to the defense of a pastor or church leader when news breaks of a scandal or crimes committed by that person. So, please rush to defend those who are being slandered, but also be quick to warn others of those who abuse and hurt the people of God. There's a balance for us to maintain in this area, and by the grace and power of the Holy Spirit, I pray we will do so.