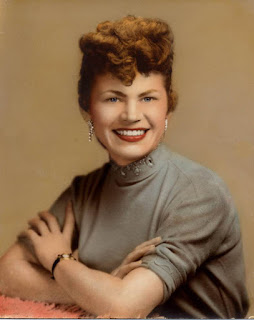 A woman of fierce family loyalty.

Mother went to be with the Lord on New Year's Eve, (December 31, 1995) after a brief battle (approximately 6 months) with cancer. She was buried at Millers Chapel in Pettis County, Missouri, on January 5, 1996 during a soft snowfall which was mother's favorite seasonal event. (I can remember being ill in bed as a young child and mother taking a laundry basket outside to catch some snowflakes to bring into me; we both loved the soft snow so much.) 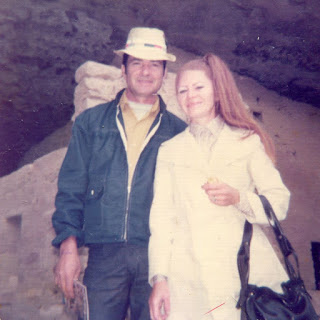 But I would not have you to be ignorant, brethren, concerning them which are asleep, that ye sorrow not, even as others which have no hope. For if we believe that Jesus died and rose again, even so them also which sleep in Jesus will God bring with him. For this we say unto you by the word of the Lord, that we which are alive and remain unto the coming of the Lord shall not prevent them which are asleep. For the Lord himself shall descend from heaven with a shout, with the voice of the archangel, and with the trump of God: and the dead in Christ shall rise first: then we which are alive and remain shall be caught up together with them in the clouds, to meet the Lord in the air: and so shall we ever be with the Lord. Wherefore comfort one another with these words. - 1 Thessalonians 4: 13-18 AKJV

* I've recently discovered that my mother is a descendent of William "the Rebel" Lawson who was exiled to America from Scotland in 1746. Her branch of the family is from William and Rebecca's third son Travis. You can read more about William's exciting adventures at the Lawson Family Heritage Program.

** Link to the Lawson DNA Project Pedigree results of one of my mother's siblings: http://lawsondna.org/Media/pedigrees/105786.html 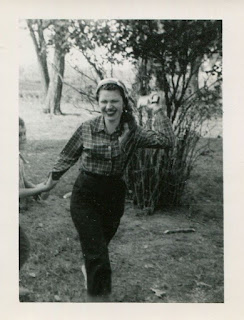 As a child, I remember mother telling me that her happiest years were those of her youth spent in church, which is when I believe the photo above was taken. Scripture tells us that we will have glorified bodies at the Resurrection and I imagine mom will look as she did in these photos.