Federal Vision and the rotten fruit of its proponents 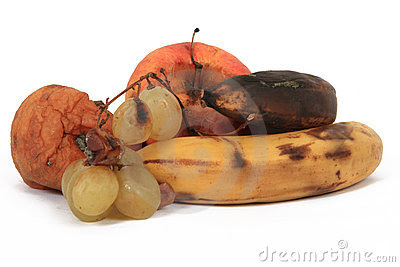 "The Federal Vision (hereafter FV) is the view that seeks a restatement of traditional Reformed theology in order to apply a more robust Covenant theology in the study of the relationship between obedience and faith, and the role of the Church and Sacrament in one's salvation. Proponents are made up of a loosely organized but vocal group of writers among the confessional Reformed and Presbyterian churches who appear intent on revising core confessional doctrines such as election, covenant, the sacraments, and justification.

"FV proponents claim to be addressing problems in the contemporary evangelical and Reformed churches such as individualism, the neglect of the covenantal objectivity of salvation, an over-emphasized subjectivity in seeking assurance of salvation, antinomianism, and an inadequate view of the role of the sacraments as signs and seals of salvation.

"Critics see the pastoral concern in these matters as commendable, but contend that the FV re-casting of the orthodox understanding of certain vital aspects of biblical and Reformed theology (cf. the Westminster Confession) raises far more serious problems than the ones which FV proponents claim to solve." Excerpt from Federal Vision - Theopedia 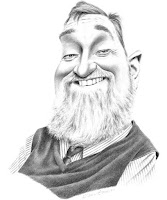 "It’s time to stop spinning. It’s time to put out the kick-stand and get off the gyroscope. A serial child molester attended New St. Andrews for 18 months. He boarded with a Christ Church family. He was welcomed into Christ Church homes — homes full of vulnerable children. Steven Sitler confessed his crimes to his pastor in Colville, and he confessed them to Doug Wilson. The Colville pastor chose to warn the members of his congregation immediately; the Moscow pastor did not. Instead, Doug Wilson allowed members of his church to find out about Steven Sitler and Jamin Wight in the worst possible way: through gossip, through rumor, through inaccuracy and innuendo. People who should have been told this news by their minister were instead left hanging fire — never receiving an adequate explanation or a humble apology, but only a full bucket of spin." Excerpt from Two Child Molestation Scandals Break Over Moscow’s Christ Church by Joan Opyr at NewWest.net, published June 14, 2006.

I've known about and been concerned with Federal Vision teaching for years, and with the latest scandals coming out of Moscow, Idaho, where Federal Vision proponent Doug Wilson has established a church and college, my concern has grown.

It has been said that false teachers will be revealed by their fruit, and the fruit of pedophilia and coddling child sexual abusers does not bode well for the group in Moscow, Idaho. So, to help educate and inform, I've compiled some links to information that I believe is credible and helpful for those seeking to understand Federal Vision and the scandals in Moscow.

Regardless of how much finger pointing Doug Wilson and his associates do at the victims and their families, they are complicit in covering up and trying to downplay the seriousness of the child sex abuse which has happened under their care and watch of God's people.

This list will more than likely be revised many times as new information and events unfold, so please bookmark this post and check back often.

Thank you and may the good Lord bless and keep His people safe from false prophets.