Thus saith the Lord; A voice was heard in Ramah, lamentation, and bitter weeping; Rahel weeping for her children refused to be comforted for her children, because they were not.
Jeremiah 31:15 KJV 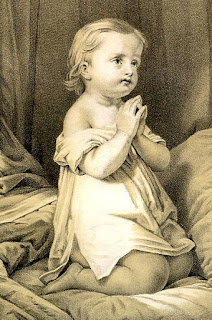 Part of my morning routine is to scan the internet for stories I feel Christians, who are my main readership, will be interested in and hopefully benefit from. So, most of the items I share are of a theological nature, but this story is one that while not written from a Christian perspective, strikes at what the heart of wickedness unchecked looks like and what I believe is an example of total depravity.

Please be warned that this report will leave you shaken, but also aware of the heartbreaking reality of child abuse in all it's ugly forms: incest, beatings, forced abortion and even murder. All of these things took place, including the destruction of an 8 month old pre-born baby in an attempt to hide the sexual abuse of a 14 year old girl.

The day after Dallas police arrested four people they accuse of a nauseating six hour ordeal that involved, kicking, beating and giving drugs to a 14-year-old girl in order to induce an abortion, authorities announced the arrest of the relative whose alleged rape of the victim led to her pregnancy.

Robert Joseph Cayald, 22, has been charged with aggravated sexual assault of a child. Cayald has been given a $25,000 bond.

On Tuesday, police charged Cedric Jones, 27; Sharon Jones, 45; Cecila McDonald, 25; and Lonnell McDonald, 27 with organized criminal activity for the forced abortion attack on the unnamed victim. They are each being held on $150,000 bond.

Sharon Jones is the mother of both Cedric Jones and Cecila McDonald; Cecila is married to Lonnell McDonald. The victim was Sharon Jone’s niece.

The alleged rape happened in 2012 and the alleged forced abortion took place in 2013, but neither crime was reported until last month. The unnamed victim who was allegedly raped by Cayald was eight months pregnant when the Joneses and McDonalds allegedly “took matters into their own hands,” according to a press conference by Dallas police. Cecila McDonald was reportedly worried that if the girl’s rape and pregnancy was discovered that Child Protective Services might take away McDonald’s children, since the alleged assault had apparently taken place at her house. The McDonalds had four children of their own ranging from ages 3 to 9, and the alleged victim had a brother and sister.

Police said when the family members decided to force the abortion on the victim, Sharon Jones gave her a variety of drugs including birth control pills and Plan B contraceptives. Then authorities allege Cecila McDonald held the victim down while her husband sat on the victim’s abdomen while “repeatedly bouncing up and down.” Police say Sharon Jones told the agonized victim to “shut up” and that the attack didn’t stop until the girl was bleeding heavily.

After the girl gave birth to a stillborn baby, the police say the family attempted to unsuccessfully burn the baby on a charcoal grill. When that desecration failed, Sharon Jones allegedly paid her son Cedric $25 to dispose of the baby in a plastic bag.

May the good Lord have mercy on America's children and may His Church arise and say "No more." In Lord Jesus Name I pray, amen.