Can we please get serious about child sex abuse? 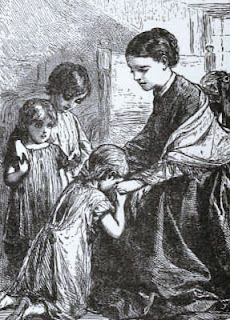 I have never watched an episode of the Duggar's television program and frankly have no desire to do so. In fact, I don't really care about their program being cancelled because I think most folks are probably watching it because they either like escapism or they want to laugh at caricatures of Christian families. So, for me it's uninteresting and a waste of time.

When the story about the "molestation" of the Duggar's daughters by their son first broke, I thought I had better take a closer look at this family as they are portraying themselves as devout believers in Jesus Christ for all the world to see. And frankly, I'm appalled at the image they are presenting in front of a watching world.

This morning I decided to watch a 15 minute clip of their interview with Megyn Kelly and had to stop after the first ten minutes due to the lack of seriousness they displayed toward child sex abuse. Maybe I'm an alarmist, but I take the violation of innocent-minded children quite seriously. I was even more shocked that one of the daughters was only 5 years old when her body was explored by a 14 or 15 year old brother. Folks, this isn't normal behavior between siblings and if it has become common in Christian families, as implied then we are a sick and depraved society with a saltless Christian witness coming from the church.

Yes, the world is rightly pointing out the hypocrisy of the ideal Christian family displayed on Reality TV. The Duggars have expressed their intention for becoming Christian celebrities as one of bringing glory to God, and yet they have brought shame upon His name. The mainstream media isn't to blame for their troubles - they're just doing their job reporting the news.

I think the American church might just be deserving of part of the blame for the Duggar's lack of wisdom as it doesn't seem to be equipping families for life in our modern culture. There seems to be too much focus on externals in the Duggar's family and not enough heart searching.

This morning I came across an excerpt from Martyn Lloyd Jones called "The State of the Heart" which I feel sums up the Duggar's reaction to their son's sexual sin:


In the seventeenth chapter of the prophecy of Jeremiah we read in verse 9: ‘The heart is deceitful above all things and desperately wicked.’ This means that man in sin is always fooling himself, and in a sense he cannot help doing so, because his very heart is deceitful, twisted and perverted; there is a mechanism in it which turns man against his own better judgement at times. This explains the process of rationalizing our sins and our ability to explain them away to our own satisfaction...


So, instead of seeing a repentant Mr. and Mrs. Duggar, I saw a couple who really hasn't examined the seriousness of the sex abuse in their family and who instead of using this for God's glory by seeking ways to draw attention to child sex abuse in order to help end it, chose instead to downplay it and shift the focus from the actual abuse to how the information was leaked. And then downplay the actual touching by saying the girls were asleep, had their clothes on and didn't know it had happened.