The Sabbath: Just Any Other Day? 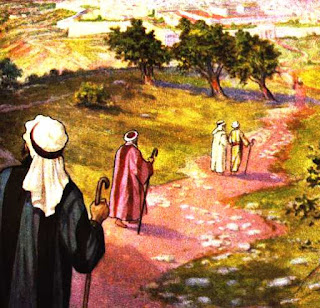 "Christianity forbids all unnecessary labour, or the transaction of worldly business, on the Lord's Day; that day accordingly is a dies non, throughout the land. No contract is binding, made on that day. No debt can be collected on the Christian Sabbath. If a man hires himself for any service by the month or year, he cannot be required to labour on that day. All public offices are closed, and all official business is suspended. From Maine to Georgia, from ocean to ocean, one day in the week, by the law of God and by the law of the land, the people rest." --Charles Hodge; Systematic Theology, In Three Volumes. (Grand Rapids, Michigan: Wm. B. Eerdmans Publishing Company, Reprinted, May 1997), Vol. III, pp. 321-348.

Can you remember how it was when there was a particular day of the week set aside for the exclusive Worship of God, a day when you could not buy or sell and all the stores were closed? Perhaps you have a faint memory of when there were no shopping malls open on Sunday and we enjoyed life at a much slower pace?

Families spent Sunday together going to church, having a delicious dinner and devotions. Their weekly shopping, work and other common practices were set aside for this one special day of the week, the LORD's day.

What a blessed time this is for friends and families to share! But, alas, how far we have drifted from this practice in today's culture with all the "hustle" and "bustle!"

I don't know about you, but I admit my soul longs for a day of restoration and refreshing.

Why did our forefathers observe this Christian practice and how can we return to it? Perhaps if we examine the history of the founding of our nation and the men and women who influenced our culture, we may receive some direction.

It is often said that history will repeat itself. Let us pray that the observance of the Sabbath is one historical practice that will be repeated in our lifetime and will continue with our posterity.

Charles Hodge goes on to say that our nation was founded by Protestant Christians and the laws are evidence of this fact:

"When Protestant Christians came to this country they possessed and subdued the land. They worshiped God, and his Son Jesus Christ as the Saviour of the world, and acknowledged the Scriptures to be the rule of their faith and practice. They introduced their religion into their families, their schools, and their colleges. They abstained from all ordinary business on the Lord's Day, and devoted it to religion. They built churches, erected school-houses, and taught their children to read the Bible and to receive and obey it as the word of God. They formed themselves as Christians into municipal and state organizations. They acknowledged God in their legislative assemblies. They prescribed oaths to be taken in his name. They closed their courts, their places of business, their legislatures, and all places under the public control, on the Lord's Day. They declared Christianity to be part of the common law of the land."

Who were the founders of America?

History books tell us it was the Pilgrims and Puritans who first came to America in order to worship in freedom without fear of persecution.

This, dear friends, is where we originated as a nation. What a blessing it is to have the Puritan legacy as the foundation for our laws.

I recently read an article published in 1646 titled, "The Character of an Old English Puritan, or Non-Conformist" written by John Geree, M.A., and edited by Dr. Mike Renihan, which gives the character traits of the Puritans.

This is what the article had to say about the Puritans and their observance of the Sabbath:

"The Lord's Day he esteemed a divine ordinance, and rest on it necessary, so far as it conduced to holiness. He was very conscientious in observance of that day as the mart day of the soul. He was careful to remember it, to get house, and heart in order for it and when it came, he was studious to improve it. He redeems the morning from superfluous sleep, and watches the whole day over his thoughts and words, not only to restrain them from wickedness, but worldliness. All parts of the day were like holy to him, and his care was continued in it in variety of holy duties: what he heard in public, he repeated in private, to whet it upon himself and family. Lawful recreations he thought this day unseasonable, and unlawful ones much more abominable: yet he knew the liberty God gave him for needful refreshing, which he neither did refuse nor abuse."

While reflecting upon these documented truths and our national Christian heritage, I pray the LORD will turn our hearts back toward Him and we will obey these words of wisdom :

"Look and see, and ask for the old paths, where is the good walk, and you shall find rest for your souls." Jeremiah 6:16.